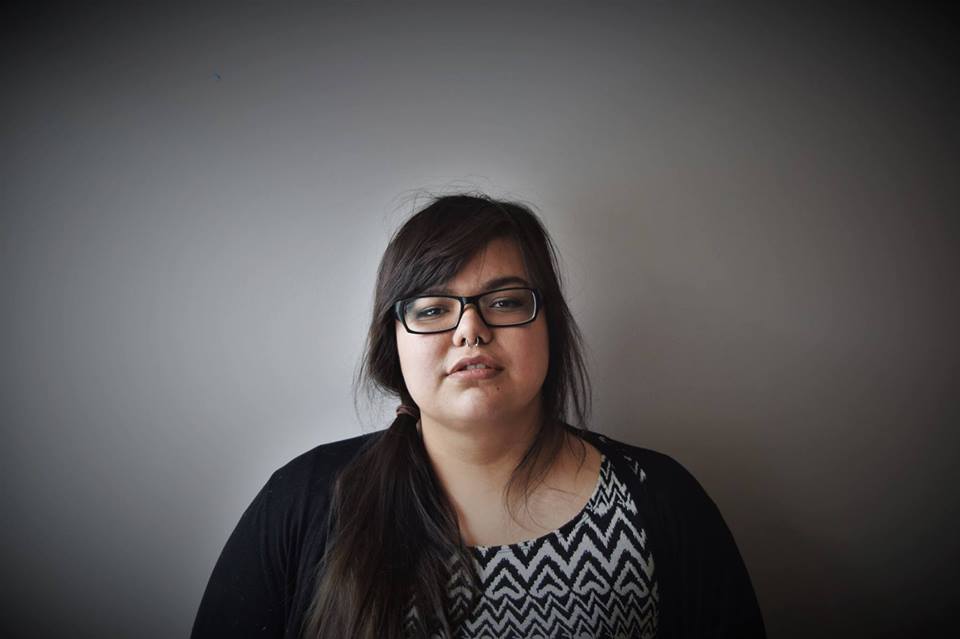 Portrait taken by a friend (2017), short bio by Louise. The interview took place in Odanak (August 2016, March 2017), and was filmed and translated by Louise, edited by Tamás.

Disclaimer: The story portrayed here reflects only parts of Marie Kristine's identity, at a specific point in time and in a particular context. Some of her answers might be outdated and inaccurate, as her life evolved beyond the project.

Marie Kristine grew up on Atikamekw traditional territory. At age 13, she leaves her home community, Manawan, to gain a better education in the biggest town of the Mauricie region. As a young Indigenous girl in Trois-Rivières, she faces many challenges, such as discrimination at school and isolation, living far from her family. She eventually suspends her studies and goes back home to finish secondary school. After several attempts to find a fitting college program, she hears about Kiuna College. She successfully graduated from the program First Nations Social Sciences in the spring 2017 and started a BA in political sciences at UQAM (Université du Québec à Montréal). Besides her growing dedication and passion for her studies, Marie Kristine is also a multidisciplinary artist, with a profound interest for visual arts, such as photography or movie making. She currently works for Ashukan Cultural Space, an art gallery, gift shop and training centre at once, helping to promote Aboriginal artists and cultures. The videos are in French with English subtitles. 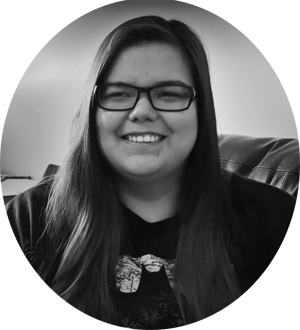 Can you tell me more about your childhood, your family and where you grew up?

«I am an Atikamekw from Manawan. I am born from an Atikamekw mother who comes from Manawan, and a metis father from Wemotaci. Metis because he’s mixed between quebecois and Atikamekw. But he still grew up on the reserve with his Atikamekw mother. The first years of my life, I lived in Wemotaci with my father’s family. I was relatively young when we moved out to Manawan. I have two sisters and one brother. They all left the family house, we are quite spread out on the territory of Quebec. One of my sister moved to Lac-Simon, an algonquin reserve in Abitibi, because her boyfriend comes from there. My brother and my other sister are with my father in Wemotaci. I recently lost my grand-father. He died on Mother’s Day. It’s still hard, I mean it was a big loss. Having both parents who worked, I was raised a lot by my grandparents. It was hard for me to mourn him. I also have grandparents in Wemotaci but I know them less, because I spent less time there, than in Manawan.» 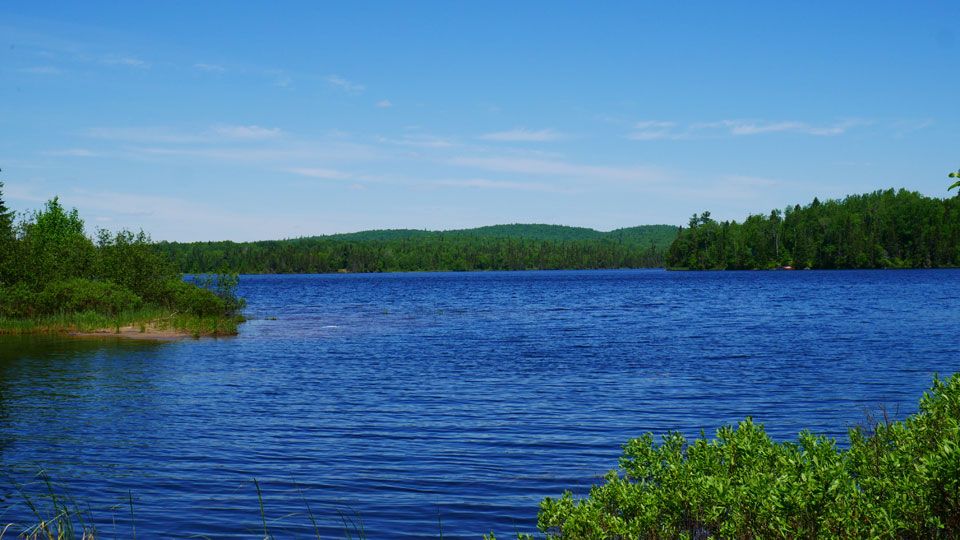 The lake of Manawan, taken by Marie Kristine during the participatory workshop on land.

How has been your process with school and how did you land at Kiuna College?

«In primary school, in Manawan, I received an education in Atikamekw language. I think from the first to the third year of primary school. Most of the subjects are taught in Atikamekw language, but there was a woman who would come with her trolley in the classroom, two or three times a week, to teach us French. Then from the fourth year until the sixth, it switched. We were taught in French, and there was another woman with her trolley, who would teach us Atikamekw. Later on, in secondary school, my parents wanted me to receive a better education, so the first and second year I did in Manawan, and for the third year of secondary, I was sent to Trois-Rivières. But I couldn’t finish my school year there, I had to come back to Manawan. The fact is that I was so far from home that young, I was 13 years old at that time . I was in a flat on my own, even though I had neighbours that came from Manawan. So I wasn’t completely on my own either. But you’re far from your family, it’s hard at 13 years old. Also, the racism I knew at school, from my school mates.»

«So I didn’t finish my school year, I had two months left before finishing, so I went back to Manawan and I ended my secondary there in 2009. Then, in 2009, I started college. First, I was doing a training in arts, theater and media. But I didn’t like the atmosphere there, I didn’t even finish my session, I thought the atmosphere was too snobby, I was trying to find myself a lot. Actually, it’s not so much the theater that interested me, but more the media. Because with the Wapikoni Mobile, during secondary school, I was driven towards cinema and media. The theater didn’t interest me at all. And the first session was only about theater. So I changed programs in autumn 2010. I enrolled in a degree “Diplôme d’Etudes Collegiales” in social sciences and visual arts. I did two sessions, but once more, I didn’t complete the program. Personal issues pulled me back home, to Manawan. I stayed there two years, doing all sorts of jobs. Eventually I heard about Kiuna. I thought why not? I enrolled here, and here I am, currently concluding my last session, before graduating and getting my diploma in the program First Nations Social Sciences.»

What did your experience at Kiuna College bring you?

«In secondary school, I really experienced racism, which made me withdraw into myself. Not that I was ashamed of being Indigenous, but let’s say I wasn’t showing it bravely. However here, at Kiuna, it really reinforced my pride, it seems like I’m asserting myself.» «For the summer of 2016, and also during the session, I was an assistant to the student life facilitator life at Kiuna. So my job consisted of developing activities, as much playful as cultural, together with the facilitator in charge of the cultural component. With Atikamekw elders, I learned to make baskets out of bark. That’s something my job brought me to learn and that’s great I think. I also learned to sew a baby carrier with other Atikamekw elders. Beside my job, I would have needed to go see certain people in Manawan, ask the elders to teach me. Whereas here, we invited them to come to us to pass on their knowledge. That’s what I like.»

What are you passionate about?

«Well I got a couple. Actually, everything that requires me to be creative, like playing music, I draw, I paint, as much acrylic as watercolor. I tried oil painting but I didn’t like it. It takes ages to dry... And, I also started beadwork. I learned that by myself, by observing others doing. It’s not something that someone taught me. I make earrings, but it’s more for me, I don’t sell them. Otherwise, I have a passion for audiovisual creations. I did some short-movies with the Wapikoni Mobile at at Kiuna, I had the chance to do more. They were giving me contracts for editing or making short promotion clips, which will be released on the internet. I like to do that too. Do I have more, I think that’s it… Ah there is photography that I enjoy too.» 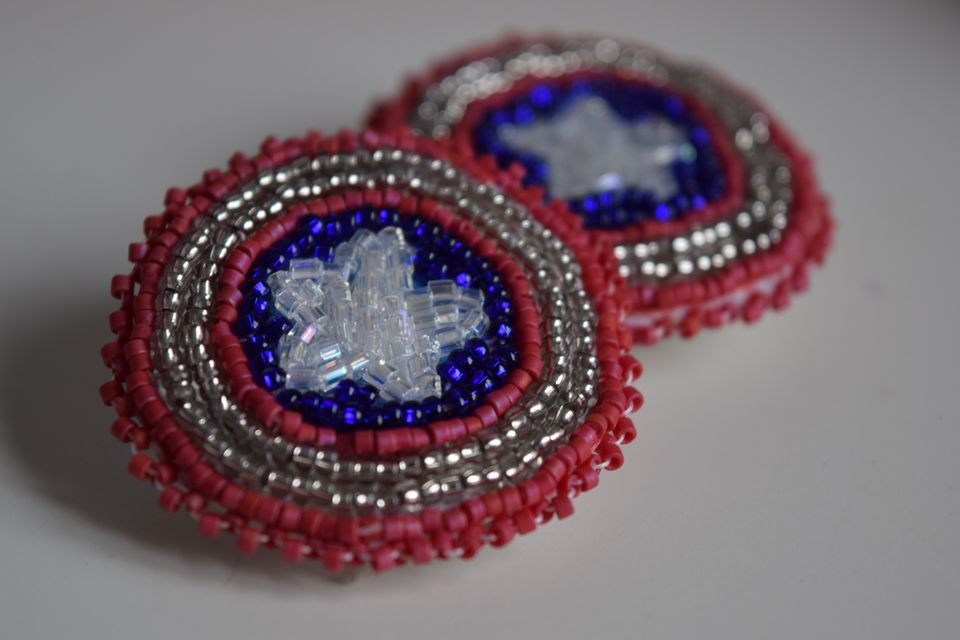 How do you envision your future and more generally the future of young First Nations in Quebec and Canada?

«I didn’t think I would go up to university, but I enrolled in political sciences at UQAM in Montreal. Also I talked about my passion for the audiovisual creation, I would like to work for the Wapikoni Mobile, to work as a trainer-filmmaker.» «I noticed that more and more youths are affirming themselves. Yes before, we withdrew on ourselves, we hided, we didn’t want people to know we were Indigenous, let’s stay we didn’t want to be pointed at. But I noticed that, since the movement Idle No More, or maybe a little before, it started to change. So I think it can only grow, let’s hope.»

What do you see as the challenges faced by Indigenous youths?

«For those who grew up in the reserve, for sure leaving the reserve to go in an urban community to study, it’s definitely destabilizing. There is also the language barrier because they didn’t necessarily learn French first.»

What are the stereotypes and prejudices which you can't stand anymore and would like to fight against?

«There is the prejudice of the alcoholic Indian that I don’t like. At the same time, it’s true that there are a lot of people who drink, but you have to look at what we went through, with the boarding schools and all, it destroys lives. Also the racism I experienced at school, from my classmates. Sometimes there was racism, but also a lot of ignorance.»

Sharing her identity and her culture through her creations: 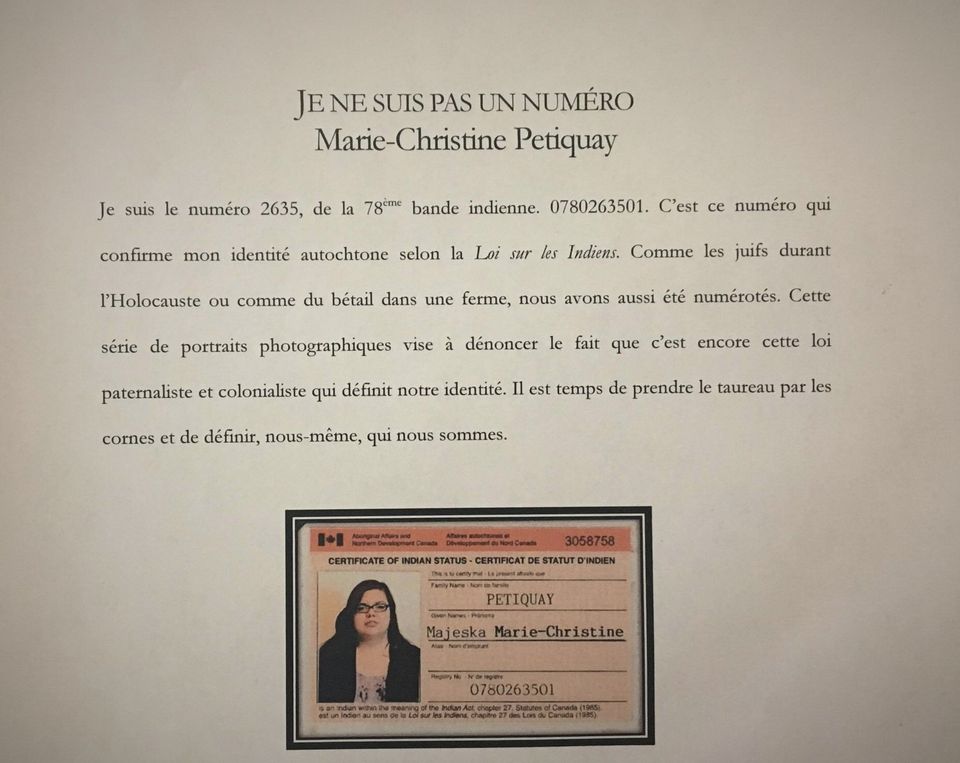 Graduating project at Kiuna College: "I am not a number"

«I am the number 2635 of the 78th Indian Band. 0780263501. It is this number which confirms my Indigenous identity according to the Indian Act. Just like the Jews during the Holocaust, or like cattle in a farm, we have been numbered too. This serie of photographical portraits aim t denounce the fact that it is still this paternalist and colonialist law which defines our identity. Time has come to grasp the nettle, and to define, ourselves, who we are.» 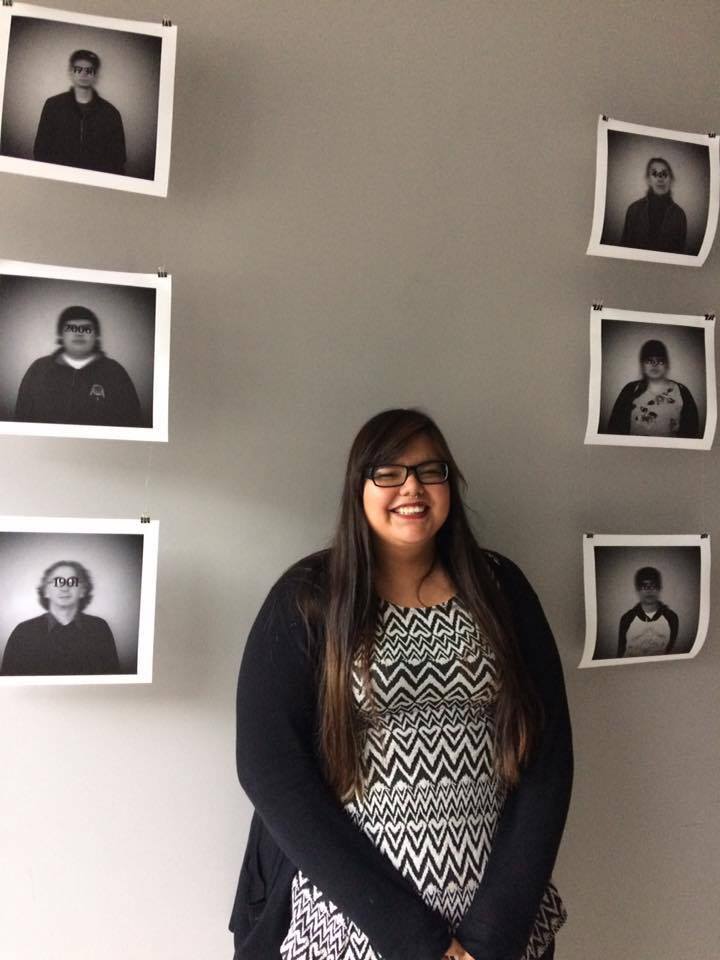 To see the whole photography serie, over here... 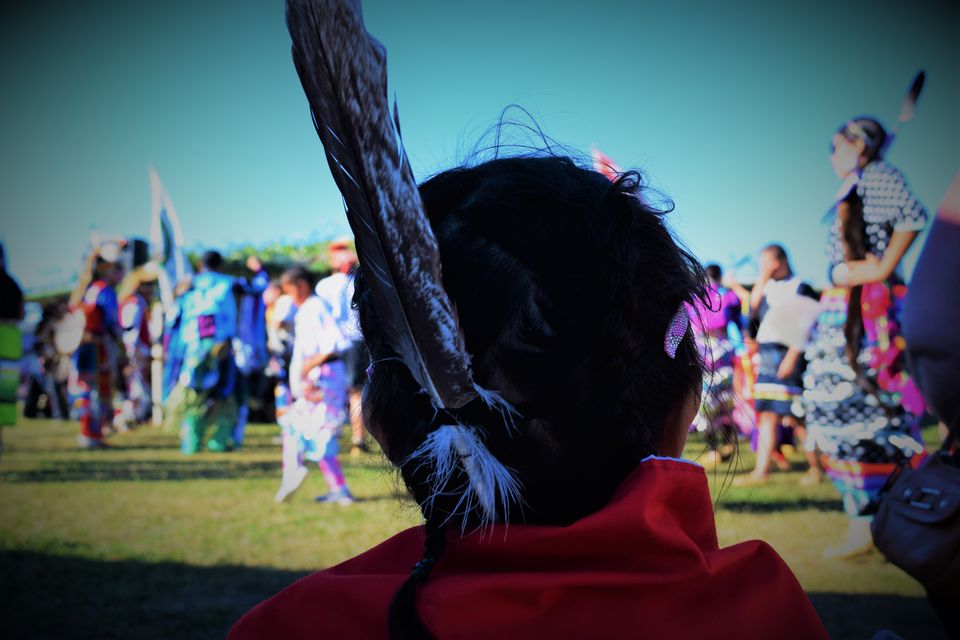 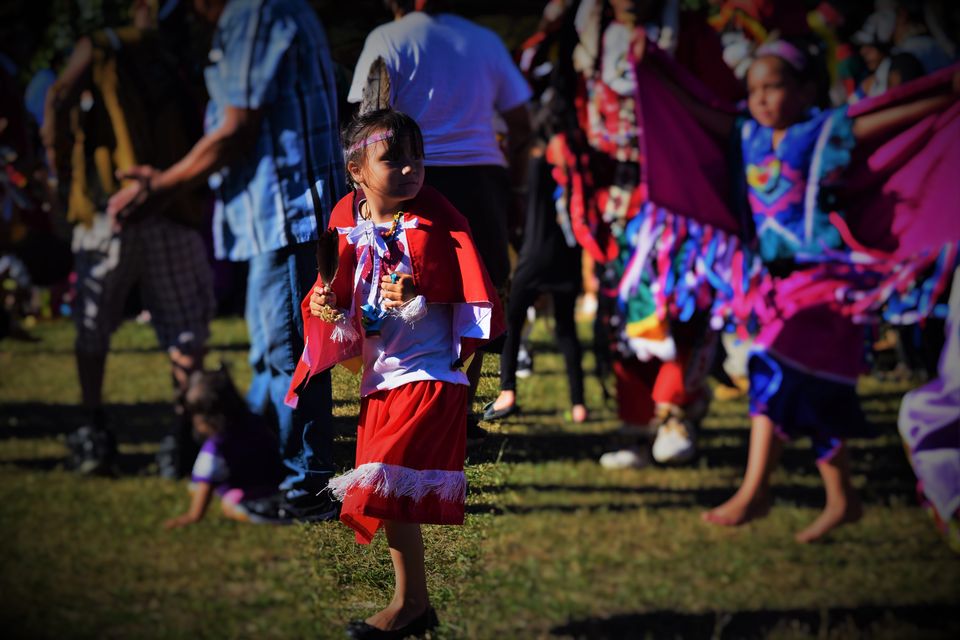 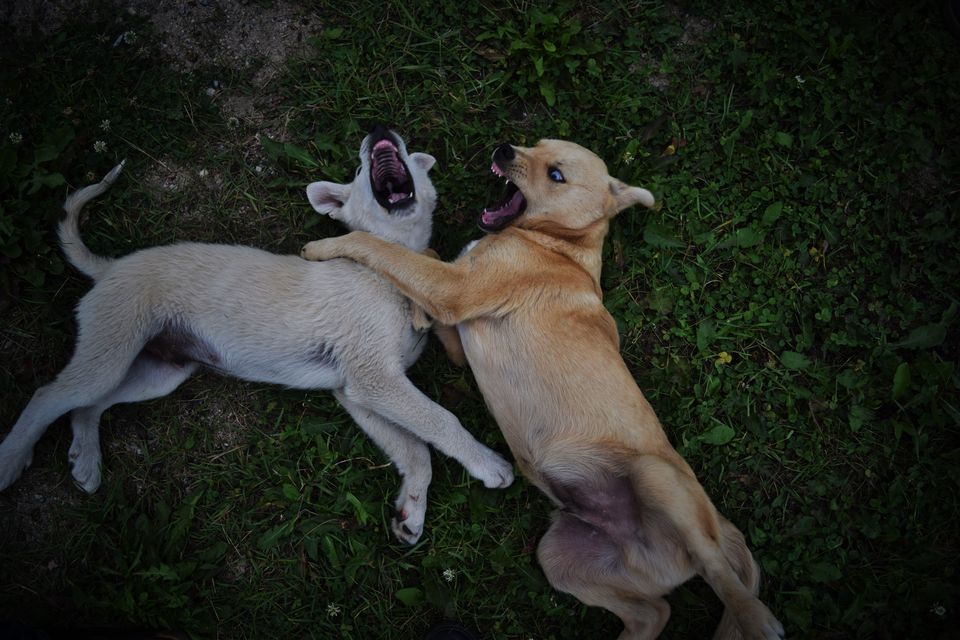 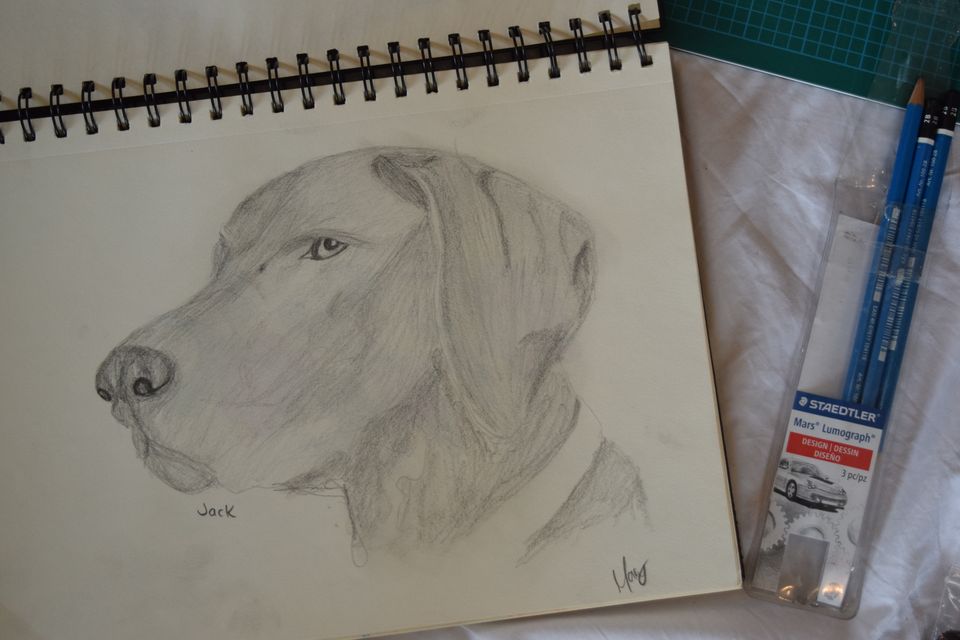 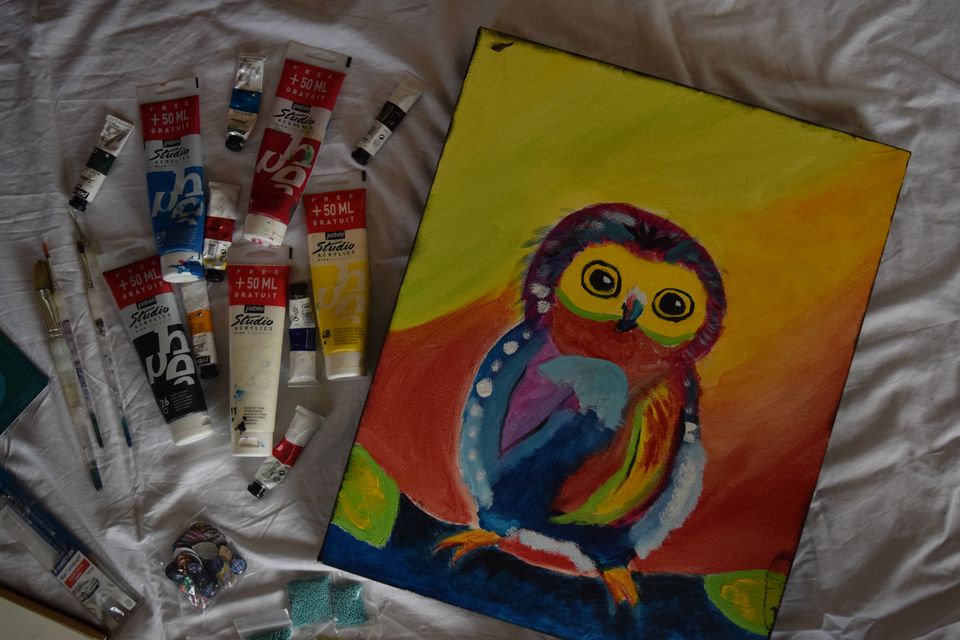 The multicolored owl which helped her during her depressive times 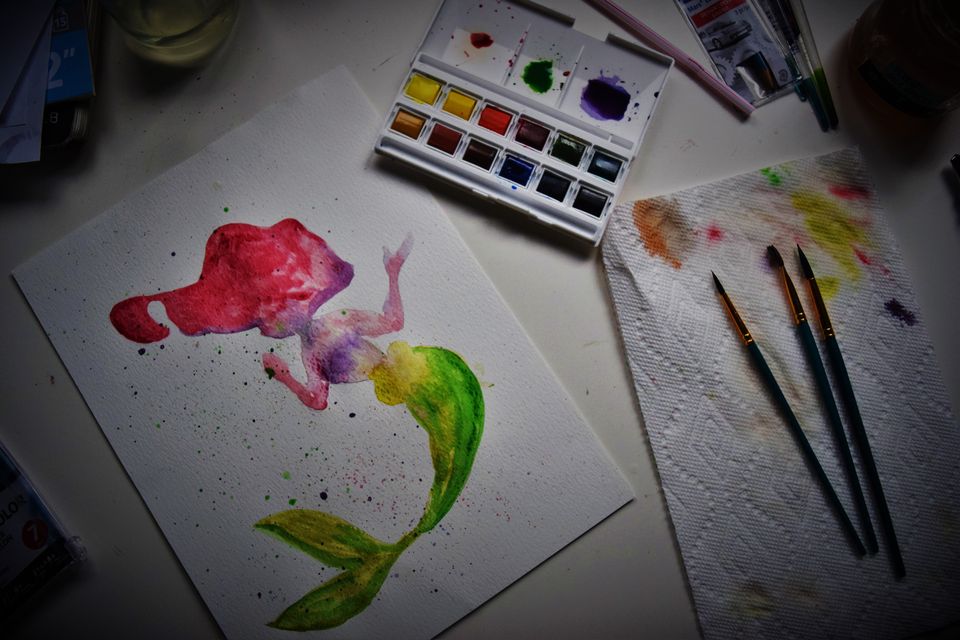 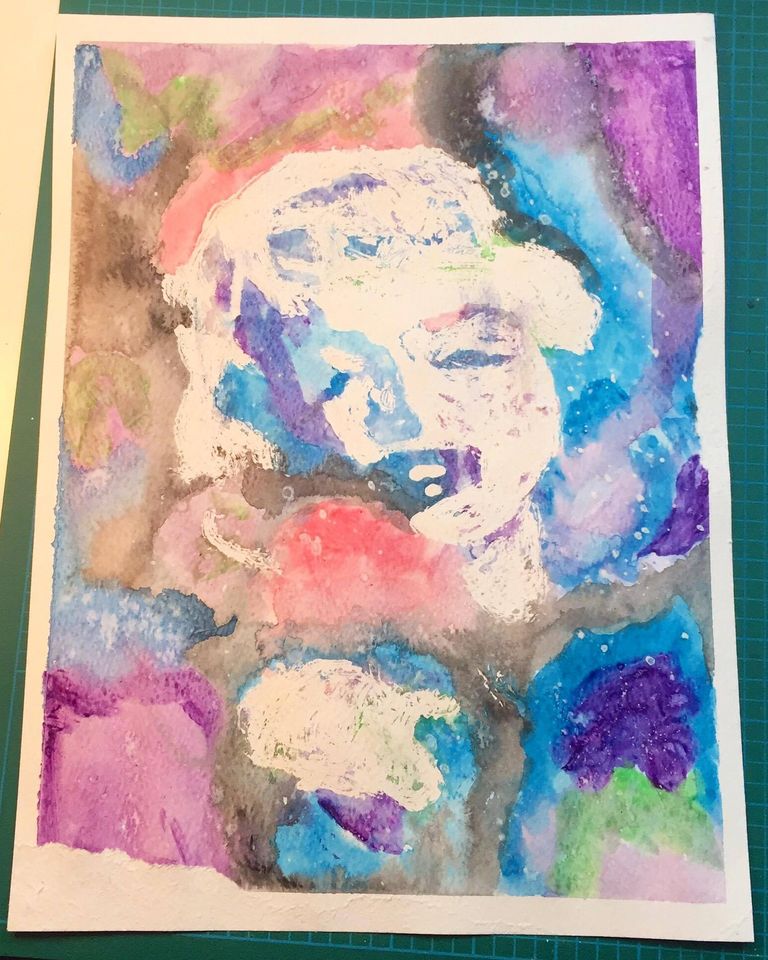 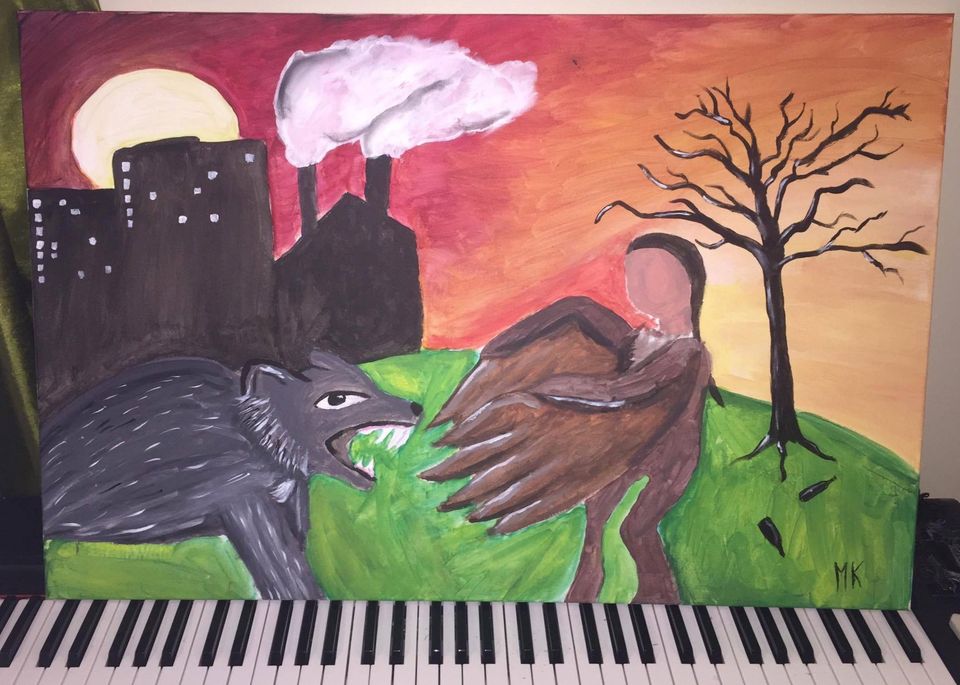 Illustration of a theater piece by Yves Sioui Durand 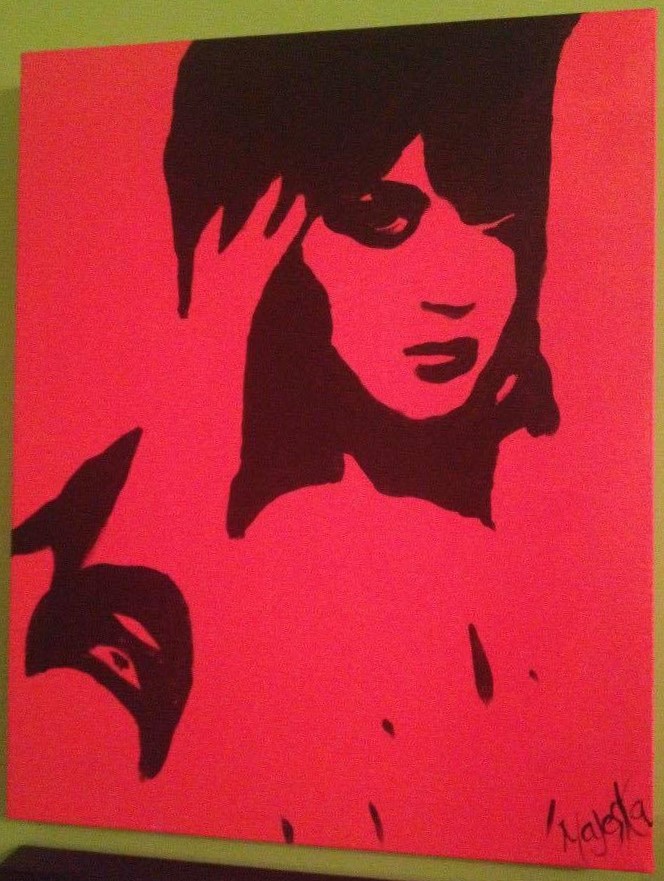 Short movie with the Wapikoni Mobile.

Marie Kristine invited me to her home community over a week-end. On a tranquille afternoon, her grandmother shared a family story in Atikamekw language. Curious to listen to it? 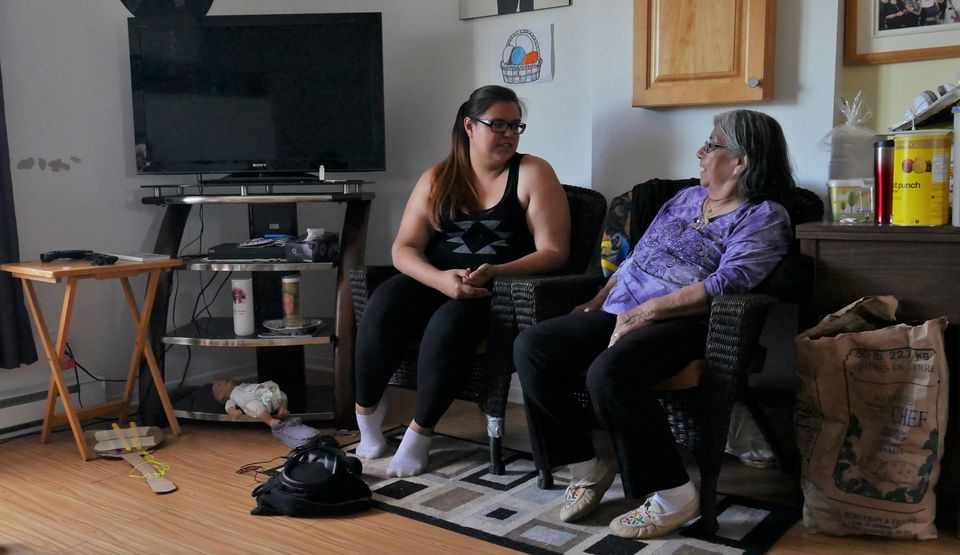 photographed by Louise in Manawan

What did the project bring you ?

«So far, it reconnected me with a passion I had lost, which is photography. You know… I started to use your camera and I ended up buying my own. And yes, we do the project with other First Nations too, so it helps me learn about them. That’s fun. But it’s similar to what Kiuna does too.»